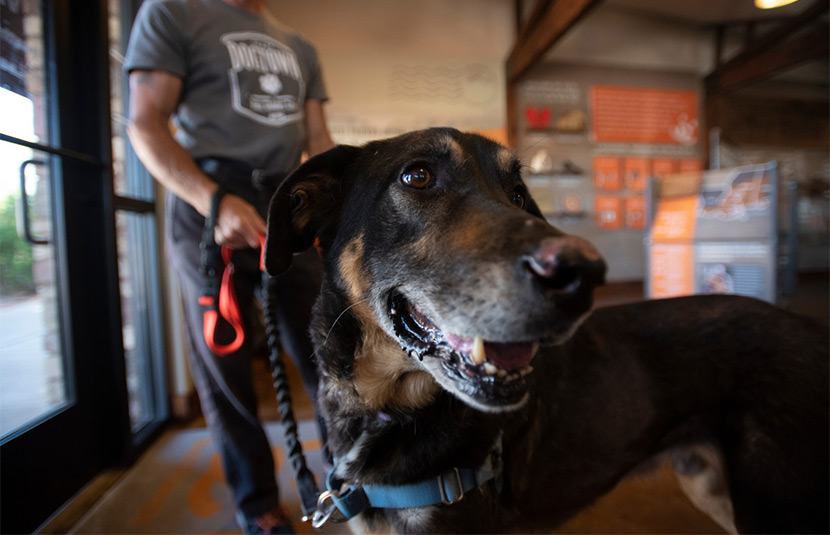 From frightened to friendly

If you were to meet Corban today, you’d become instant friends with an easygoing dog who likes cuddling and chasing (somewhat lazily) after tennis balls. But that’s not at all what Corban was like when he arrived at Best Friends Animal Sanctuary from a shelter in New Mexico. He was anxious and so terrified of men that he would bark and lunge at his fence if they stepped anywhere near his yard. 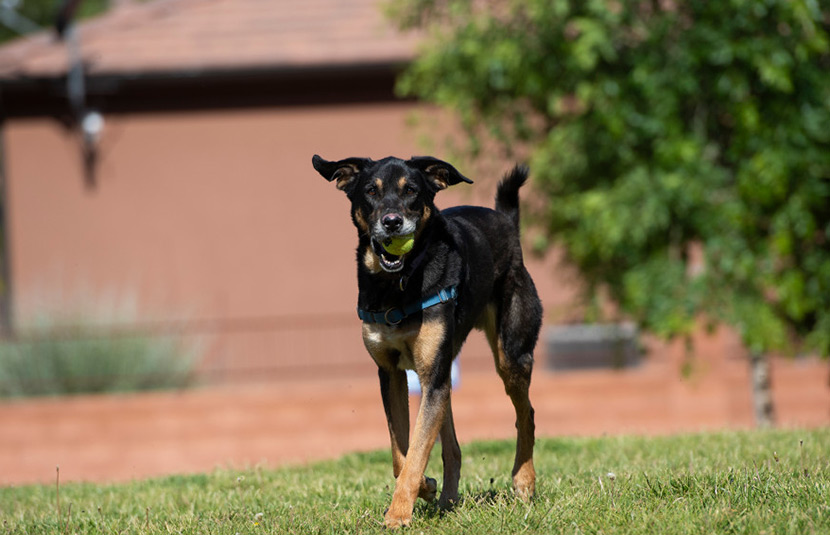 Over the past two years, Corban has slowly made friends with new people who’ve spent a lot of time with him and one of those is Tim Diantonio, a community outreach specialist for Best Friends. With practice and patience, Corban learned to trust Tim, and their budding friendship really opened up his world to the point where Tim became his best friend. It wasn’t that Tim could just walk right into Corban’s room and leash him up.

Getting to know him was a process, and Dogtown caregivers and behavior consultants were there to help keep everyone safe. First, Corban learned that whenever Tim approached his door or gate, something good would happen. (He’d get a tasty treat.) Once Corban made that connection, Tim could step into his room or his yard, again rewarding Corban with tasty treats. Next, there were short walks on the Dogtown trails, followed by car rides. When Corban finally felt comfortable around Tim, they went on weekly outings into town. Together, they would stroll around Tim’s neighborhood, romp in the dog park and stop by the Best Friends Visitor Center. 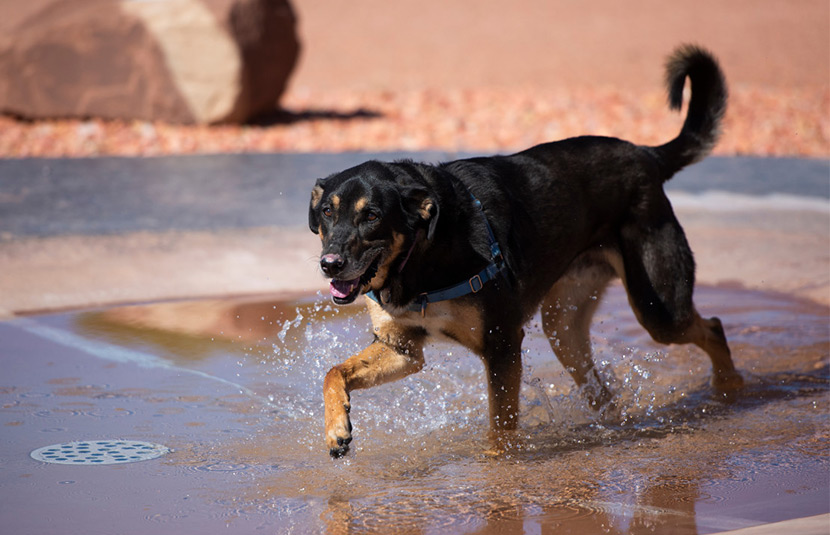 Corban began looking forward to those visits from Tim, as well as their shared outings. To this day, the instant he sees or hears his buddy’s SUV entering Dogtown, he gets excited. Not only is Corbin hanging out with someone he once would have feared (but now loves), the outings have given him plenty of opportunities to meet people out and about in the world outside the Sanctuary.

The more Corban practiced meeting people, the braver he became. He now has the confidence to walk up to any stranger and show typical dog signs of affection by wagging his tail and leaning into people to be petted. That’s made him the go-to dog for greeting Sanctuary tours and going for walks or outings with new Dogtown volunteers. 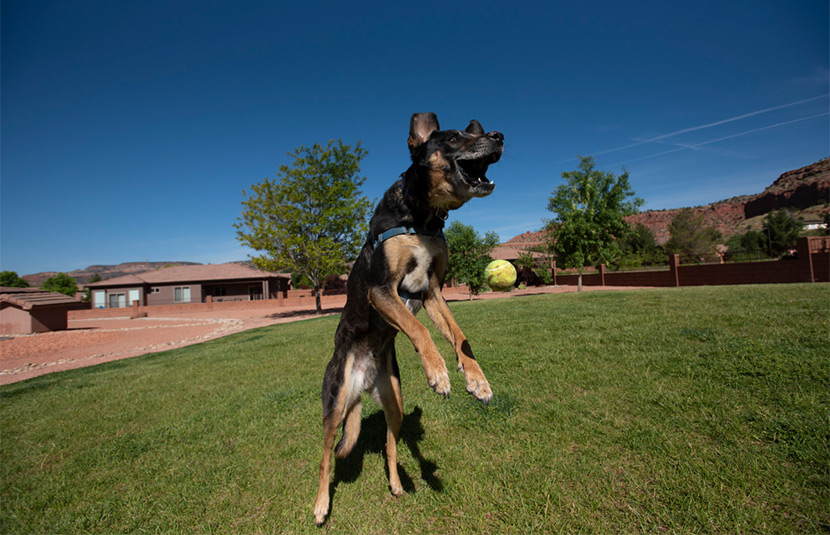 “He’s so different from the dog who arrived here,” says Dogtown caregiver Kathy Gray. “I can’t say enough good things about him, and I feel like he’s made huge strides. He doesn’t shy away from anyone, and he loves everyone now.” As if to prove her point, Corban recently greeted an unfamiliar man with a happy smile and a wagging tail. The man called his family over, and suddenly Corban became just one of those dogs showing love to people and soaking up affection without any hesitation. He also didn’t hesitate to greet a volunteer at the Sanctuary in the sweetest way possible: by walking up and resting his head gently on the man’s lap.

Corban’s transformation from a dog who would bark and lunge in fear any time he saw a man to one who’ll lean in for hugs and show love to any human is truly remarkable.

You are making it possible for animals like Corban to get the care they need.
SPONSOR CORBAN ADOPT CORBAN