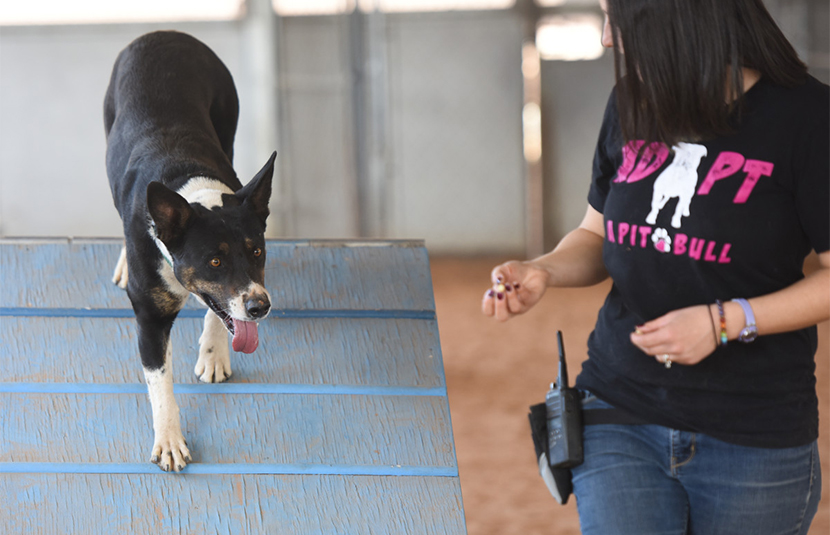 Just under three years ago, Wyatt was about a year old and completely feral. That means he wasn’t just apprehensive about the world and afraid of people, but scared of everyone and everything. He didn’t know how to do the most basic things that people expect pet dogs to do, such as walking on a leash or riding in a car. Since Wyatt needed lots of time and extra help, he was brought to Best Friends Animal Society from a rescue organization in Arizona.

After gaining Wyatt’s trust, his caregivers taught him (slowly but surely) how to walk on a leash. First it was simply a matter of letting people get close enough to attach a leash. Then it was walking out of his building and, eventually, walking on trails without panicking.

With every practice session and every walk, Wyatt became less distressed about walking on a leash. Now, going for walks with Caroline, his doggie roommate, is one of his favorite things. But a car? Scared doesn’t begin to describe how Wyatt felt about approaching a vehicle — so fearful that he refused to go anywhere near one. 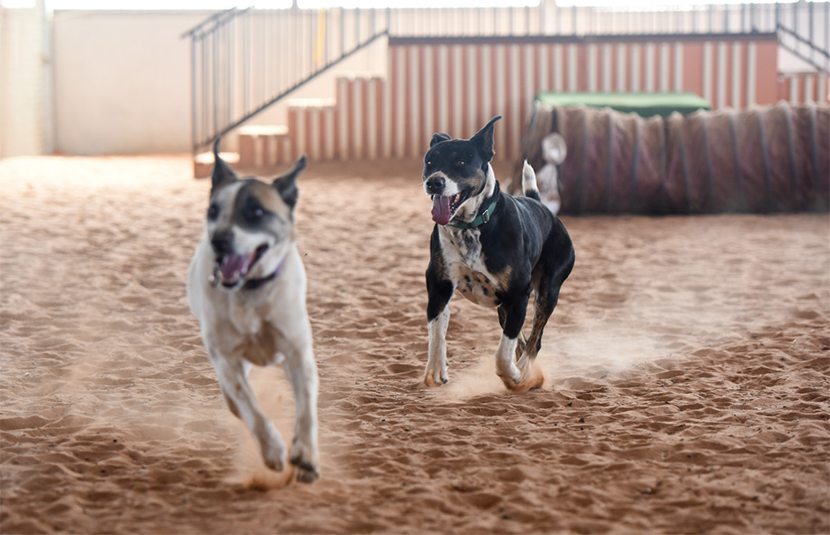 Although it would be months before he would overcome his anxiety enough to step inside the car, Wyatt had a dedicated and patient team of helpers. While Megan would climb into the back of the car and offer him encouragement and treats, another caregiver would be close by with Caroline. Because of their solid friendship, Caroline has helped Wyatt in situations where his confidence needs a little boost.

Watch a video about Wyatt

While Wyatt might not yet include car rides on his list of favorite things to do, he’s now a lot more mobile. And the more comfortable he gets with short car rides, the further he can go — including someday to a home of his own.

Thank you for helping us fill Wyatt's day with love and care.
SPONSOR WYATT ADOPT WYATT