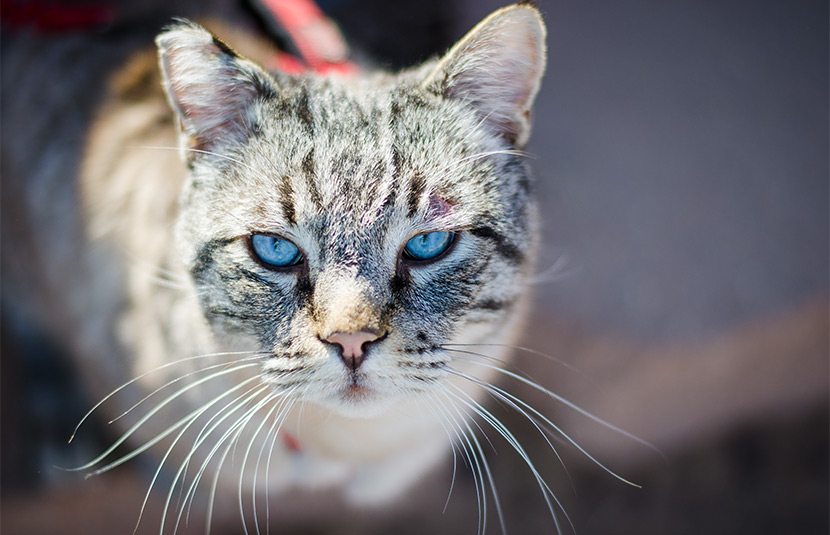 Leopold was in rough shape when he arrived at the Sanctuary in the winter of 2016. But the spark in his crisp blue eyes never dimmed, even while sporting an e-collar. 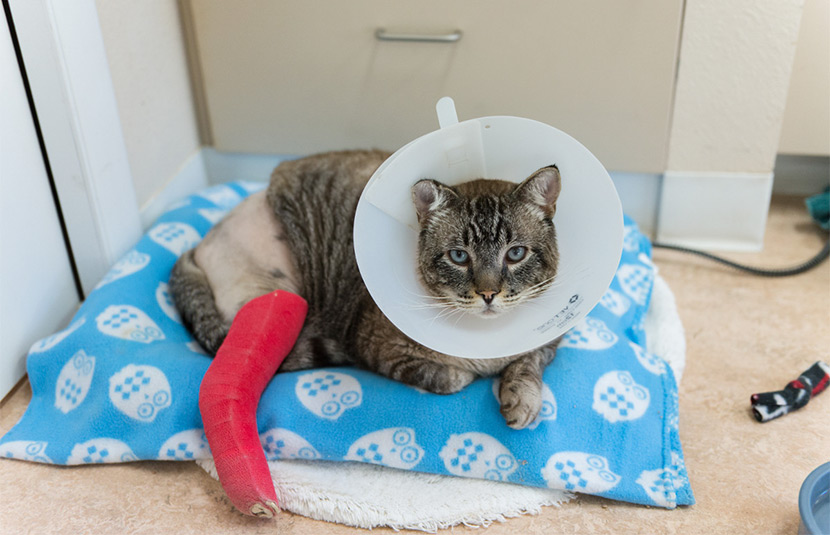 Somewhere in his travels, the former community cat had fractured his ankle, which had healed poorly. Leopold’s bad luck wasn’t over. He also had been hit by a car which re-injured that same back leg. But his bad days were coming to an end, because now Leopold was in caring arms and on his way to Best Friends for desperately needed care.

The Sanctuary clinic went to work treating Leopold, so that he would have the best shot possible for an amazing life. His leg needed specialized surgical care, along with a long and careful recovery. And he got it all — plus a heated cat bed.

During his long convalescence, it was not surprising that Leopold gained a good bit of weight. Now that he was healthy, that weight needed to come off so that he didn’t add extra strain on his joints. He was transferred from the clinic to Cat World HQ, where his physical therapy would begin.

Leopold now goes for long winding walks almost every day. His walks soon become parades because he stops traffic as he meanders along the path on the side of the road. He will stop, strike a pose for his admirers and then continue on his way. He loves his walks so much, that he has to be bribed to return to Cat World. Caregivers carry baby food to encourage Leopold to walk home, but he often ends up being carried. 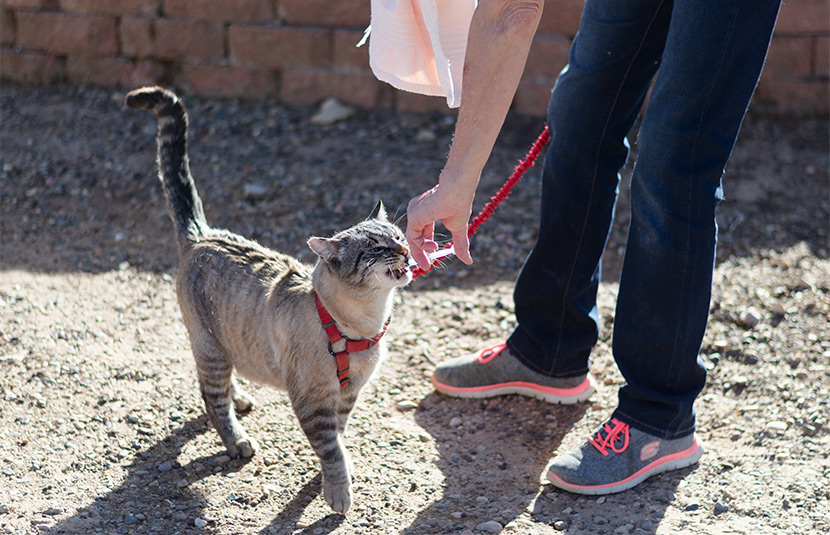 Leopold is ready for a home of his own. He would prefer to be an only cat and would probably do best in a home experienced with cats. Leo can be a little bossy when he wants his own way, so he needs someone kind and patient, but not a pushover that he can take advantage of.

If you are looking for a friend to walk with and you don’t mind every walk feeling like a parade, then Leopold might be the perfect companion for you.

Click the first image in the Image Gallery to begin the slideshow.

You are making it possible for animals like Leopold to get the care they need.
SPONSOR LEOPOLD ADOPT LEOPOLD

You are making it possible for animals like Leopold to get the care they need.
SPONSOR LEOPOLD ADOPT LEOPOLD