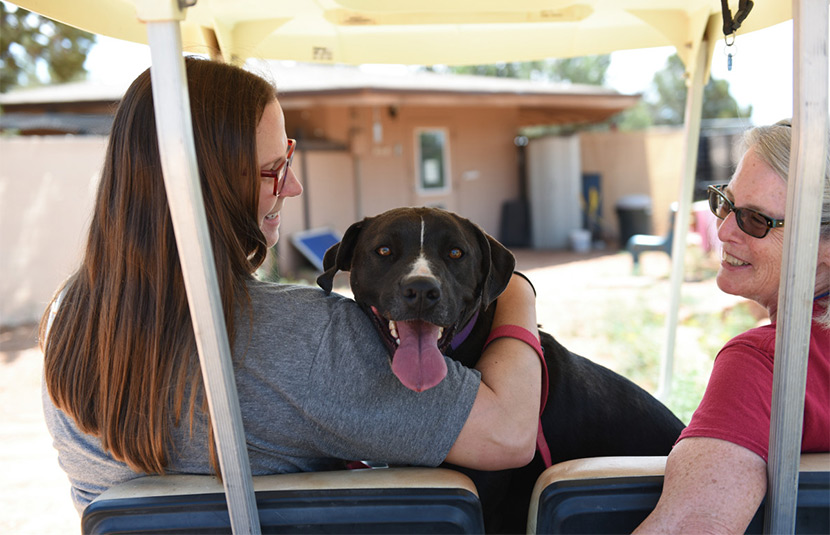 Sosa looks just like any other happy, active dog when he’s trotting around Dogtown’s agility course, running up and down the A-frame and leaping over jumps. But it’s not his speed and energy that’s so impressive, but the opposite. Since coming to Best Friends Animal Sanctuary, Sosa’s made the most progress by learning to slow down and be calm. 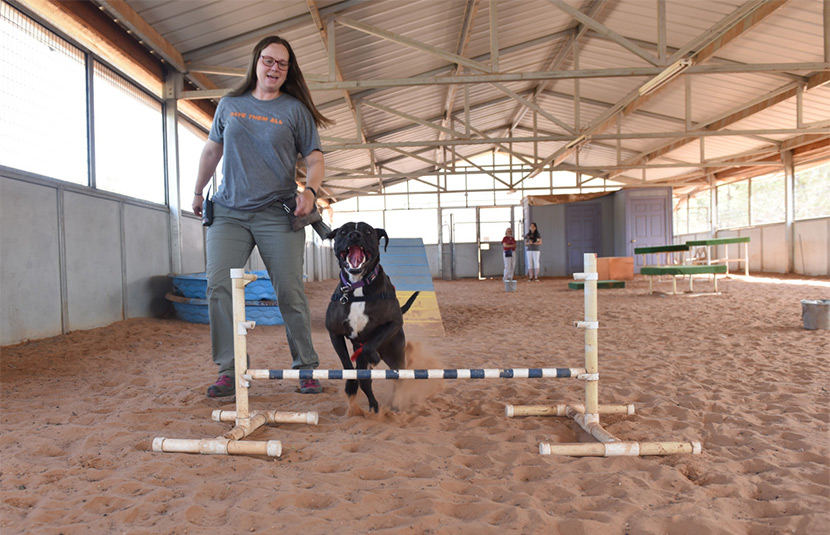 In his early days at the Sanctuary, Sosa showed a restlessness, an inability to disconnect himself from activity going on in nearby runs. “He was Mr. Anxiety and always overstimulated,” says Dogtown caregiver Jess Cieplinski. When we would take him out on walks, he’d come lunging out of the building, barking at everyone and everything around him.”

Leash reactivity made Sosa’s walks stressful, but his anxiety didn’t ease up when he returned to his building in Dogtown. Rather than resting in his room, he would constantly be outside in his yard running up and down the fence line as fast as he could and barking frantically at his doggie neighbors on the other side.

Fencing is a type of dog barrier frustration and reactivity that can be physically and mentally unhealthy for a dog. Besides being exhausting, it can cause unnecessary weight loss and injuries to a dog’s joints. “It can be hard to keep weight on a dog who fences, and it’s also a repetitive, obsessive behavior,” Jess says. “Dogs like Sosa get caught up in the moment and are overexcited, which creates mental stress.”

Dogtown got to work and created a plan for Sosa to help the lab mix cope with his anxiety and flourish instead of fence.  It's an ongoing effort, but the proof is on display every time Sosa calmly exits his building or heads off on a walk with a volunteer.

Make a difference in the life of Sosa.
SPONSOR SOSA ADOPT SOSA

Make a difference in the life of Sosa.
SPONSOR SOSA ADOPT SOSA